A new movie is coming out October 14, 2016 and the words for the feelings I have for it well, I can’t quite pin it to words, but I am glad for it.  It’s a movie that needs to come and I truly hope that people pack the theaters for this one and I hope that awareness rise from this movie for the victims of Human Trafficking.  This has been on my heart for a very very long time but like many people I have stood on the side lines and maybe have donated here and there to help.  But no more.  I can’t say too much as to what has changed this except that it has become personal.

People in the United States think of Human Trafficking as an outside problem, in our minds it takes place in third world countries, neighboring countries, mafia, movies, etc, it’s too unbelievable to think of it in our own back yard.  The fact is Human Trafficking takes place in EVERY SINGLE STATE OF THE UNITED STATES.  According to an article on CNN: “Human trafficking doesn’t discriminate on the basis of race, age, gender, or religion. Anyone can be a victim. Most of the human trafficking victims in the world are female and under 18, but men and older adults can be trafficking victims too. While poverty, lack of education, and belonging to a marginalized group are all factors that increase risk of trafficking, victims of modern-day slavery have included children from middle-class families, women with college degrees, and people from dominant religious or ethnic groups.” 5 Things you need to know about human trafficking

This is what is not stressed, most articles I have seen focuses on children and those who have been smuggled here.  While this is huge and a very large percent of the human trafficking problem, adults in the middle class and upper class, both white, black and all races are trafficked, those who sell human beings do not discriminate, all they see is profit.  The tricky part about the adult population that I have learned, and the DANGEROUS part is if the adult is lured away and goes WILLINGLY (or seemingly WILLINGLY) then the authorities have very little that they can actually do to bring them back home safely to their families and loved ones.  The one captured may be threatened, or may have had their families threatened and there simply is very little that can be done… or so it seems.

The internet in my opinion has also made it ripe picking for those who want to engage in these sorts of activities in picking their victims and people need to be aware of what they are getting into before they put their information into online dating sites (if you are an adult).  Be aware that predators are not honest and will prey on you and they are aware of the limitations of the law in protecting you.  Be smart, do not become a victim.  A person who will try to manipulate you  and has won you over and has gotten you will try to convince you that law enforcement is your enemy, please understand this is not the case.  It is a tactic an abuser, a trafficker will use.  Also understand that the goal of a person with bad intent is to seclude you from all you know (family, friends, co-workers, the area you are familiar with, things you know)  the more secluded and far you are from home the better for them and the worse for you and the more dependent you are on them.  Do not give them that control.  Even if you have given that control, take it back, make new friends, make your face known, do not become a shadow, make allies wherever you are.  (This is what I have learned from my own time in being far from my family when I was in a relationship that was emotionally and physically abusive).  MAKE ALLIES!!!  Even if you feel that you can’t turn to the friends you had (if he/she makes you think that…and he will try to make you think that) you CAN make new friends and they can be your salvation in many ways or at least a life line until you can make a run for it.

Also, understand that if you go to the police, most Sheriff station are equipped to take you to a safe house, they have resources, and they are willing to use them to help you and get you to a safe spot until your family can get you and they can ensure your family is safe too if your family has been threatened. 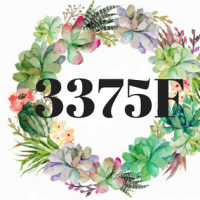 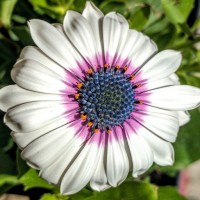 Logical Quotes
My bible and I

The Ministry of JC

I know it’s dark in here, but there’s light. Come and see.

A Ray of Hope!

A blog full of humorous and poignant observations.

Heal the past. Free the present. Bless the future.

A closer walk with our beloved friend.

Take Up Your Cross

Happiness is a state of mind. It's that overwhelming sensation that everything is going to work out.

Comments, tips, and opinions on teaching and learning of digital publishing and typography

Stories full of God's love and hope... Signifying everything!